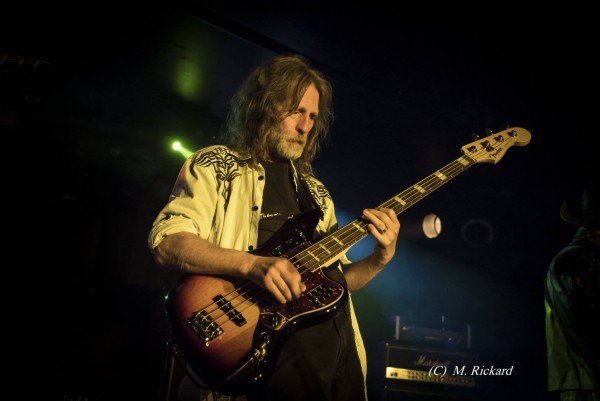 I was born in St. Charles, Mo. April, 1953.  Our family moved around when I was a child and finally settled in Toledo Ohio. At that time I was 13 years old and started getting into music. My first inspiration was the Beatles.  The first song I ever learned was Cream’s I Feel Free on the Bass Guitar.  I found my outlet.

My natural gift of music is a way to express myself and give others a share of my joy.  My mother, Charlene, has always been my strongest supporter.  She would leave new albums on my bed and drive me to the gigs.  This kind of backing helped me to evolve into the Bass Player I am today.  My 5 children have also learned to love and become involved in music.

I have played in all areas of Northwest Ohio and Southeast Michigan.  Some of the groups I have played with are Legend,Ruby Jones, Yazoo, Georgia Peach and Gypsy Wind.  I also had the opportunity to open for Rare Earth, Bo Diddly and Tower of Power.  I met Rick Stevers and we became friends.  In time he mentioned Frijid Pink and said he was reforming the group.  Well here I am.