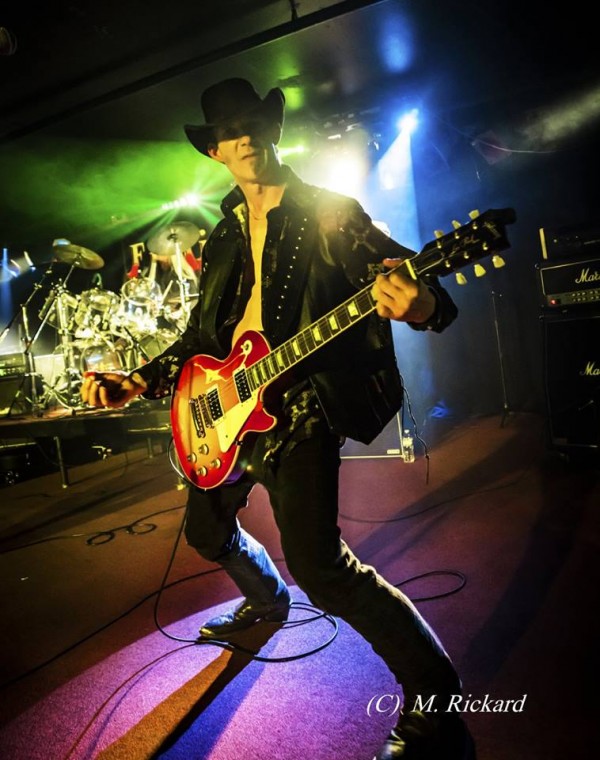 Born in Monroe Mich. July 1966.  I picked up guitar at age 11 from an older neighbor who played folk music.  Growing up in the 70’s as a teenager, I had an endless supply of guitar God’s to be influenced by.  I played in my first rock n roll band my freshman year in high school with a few upperclassmen and it all came to me; I wanted to be a guitarist in a rock band for the rest of my life.

Once I graduated, I was on a quest to form a working band.  “Joint Effort” was formed, a loose classic rock band that did guitar heavy jams. It lasted from mid 1980 to 1990.   Then it was off to form a harder rock/metal band, with a taste of southern rock.  This band lasted through the early 1990’s, big gigs, a lot of bars.  We went by the name of “Friction.”  About 1994 I hooked up with a well known local band called “Yankee Road”.  We played whatever was brand new that week, mainly new rock alternative / guitar laden classics, with some original songs.  We lasted to the late 1990’s.  It was then that I decided to take a break.  I took up racing motocross and sitting in with local bands and friends, while raising two little girls and writing children’s songs, comedy songs and new folk tunes.  Then the opportunity came to play with Detroit talent and now I feel right at home.